Happy Halloween!  I took a trip down memory lane to see if anything I have made recently would make for a holiday-appropriate post.  Already posted the pumpkin muffins….no chocolate spiders or ghost lollipops….

Babba ganoush!  It’s Lebanese and made from eggplant.  But the name sounds like something you could yell as you jump out from around a corner and scare someone!  I’ll try it out on my husband when he wakes up.

I follow a kindred spirit in the U.K. who shares recipes with an eye on a reasonable budget called Frugal Feeding.  He recently shared his Baba Ghanoush recipe, and I was inspired to attempt my own version.  Mine differed greatly based primarily on what I had on hand and what I don’t have on hand, like a mortar and pestle.  And I call them eggplant instead of aubergine.  I’m sure using whole spices, toasting them, and grinding them myself would result in a totally different taste experience, but time and resources say, Too bad Marian!

The eggplant/aubergine was the starting point.  We got another baby eggplant in our CSA and I didn’t want to just roast it with tons of vegetables this time.  I wanted to celebrate the eggplant in a dish that really featured it as a star ingredient.  I also manged to use some of the peppers of unknown variety in this dish.  They offer some heat, but nothing too intense. 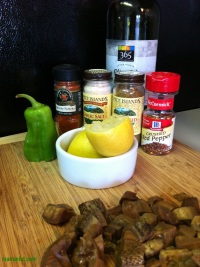 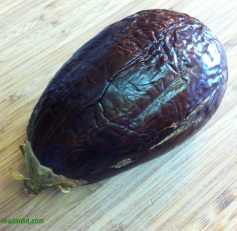 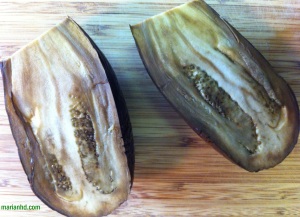 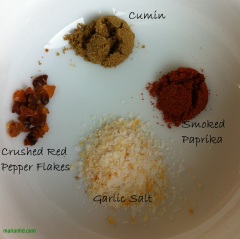 2. Scoop out the innards and seeds and place it in a food processor.  (If like me, you are dreaming of the day you will have a food processor, chop the eggplant very small and use a blender to get at least part of the eggplant pureed smooth, and the chunks will blend in alright.) 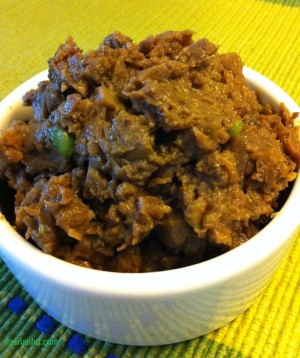 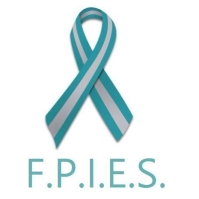 On pregnancy, parenting, and managing FPIES with tiny humans

This is an archive of my old website & blog.

From small town Ohio to... Africa?

My Foray Into Food Storage